The effect of corruption in Nigeria’s socio-economic development is so obvious and cannot be underrated. It has grown not just in all level of governance in Nigeria but has also become part of citizens’ culture. Despite efforts and commitments of anti-graft agencies, corruption still remains to be a threat to Nigeria’s democracy and also to attaining the Sustainable Development Goals.

TransparencIT, under its civic engagement program, partnered with the Independent Corrupt Practices and other Related Offences Commission (ICPC), National Youth Service Corps’ members and other relevant stakeholders in a road walk and lecture to commemorate the African Union’s (AU) 2019 Anti-corruption Day on the 11th of July 2019. The walk which started from Murtala Square in Kaduna Metropolis, passed through the heart of the city along Ahmadu Bello Way and terminated at the ICPC State Office in Badarawa GRA.

Our organization together with relevant stakeholders attracted so much attention and used the opportunity to sensitize citizens on the ills and vices of corruption in the country. With this, our efforts aided the ICPC in galvanizing support among citizens towards putting hands together to fight all acts of corruption in Nigeria.

At the ICPC State office, the Commissioner in charge of Kaduna State Office thanked all participants of the walk for putting efforts to sensitize citizens on the need to fight corruption. The commissioner added that corruption affects us negatively both in terms of Health, Education and other socio-economic developments; which is why citizens must support government efforts by reporting suspected corruption related activities that are occurring in our day-to-day lives.

The special Guest of Honor, Professor Kabir Mato, Kaduna State Commissioner of Youth and Sports Development spoke on the theme of the day ‘Towards A Common African Position on Asset Recovery’. He said that the law enforcement agencies in Nigeria and international community needs to improve their synergy and enhance their capacities with regards to tax evasion, money laundering crimes as well as recovery of stolen assets.

Speaking at the event, the Legal Officer of TransparencIT, Barr. Frank Ijege while commending the efforts of ICPC in curbing the menace of corruption, emphasized the need for anti-graft agencies to tackle corruption as a whole instead of being selective as it sends a wrong signal to the general public. He further buttressed the need for citizen engagement, especially youth and women, as they are worst affected by the effects of corruption. 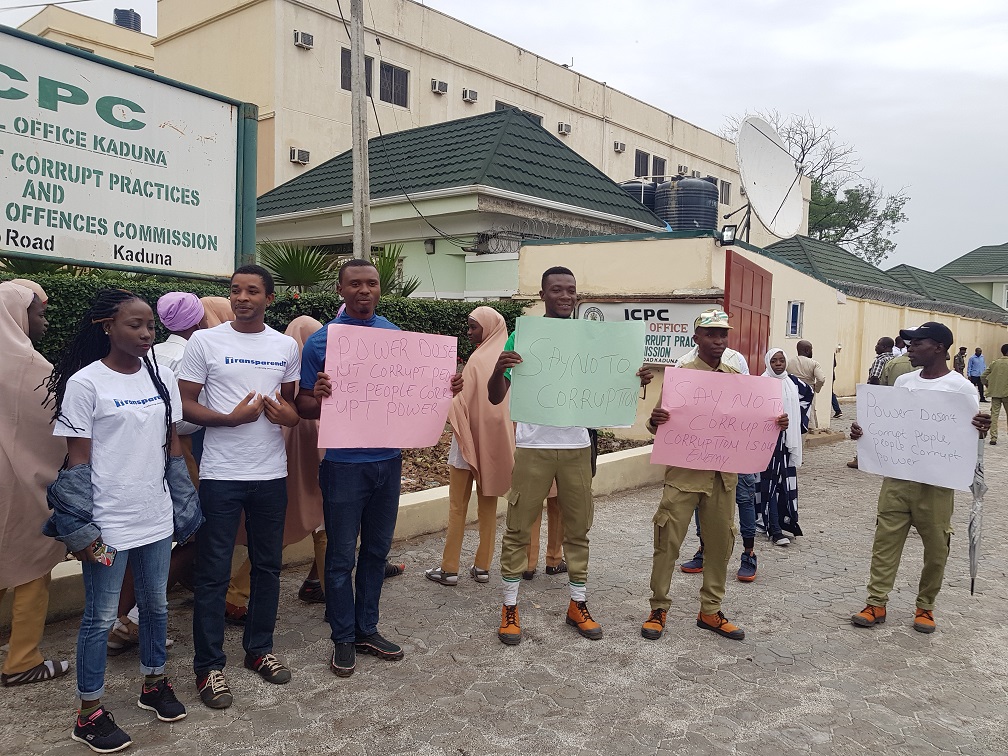