The criminal justice system in Nigeria is one that is acquisitorial in nature. By this it means that, an accused person is presumed innocent until proven guilty by the prosecution, which will cause the court to convict and sentence him. What this means is that an accused person once he is charged, is not to be convicted and sentenced until his guilt is proven beyond reasonable doubt. This principle finds favour under Section 36 of the Constitution of the Federal Republic of Nigeria, 1999 (as amended) which provides for right to fair hearing and presumption of innocence.

Is this constitutional provision made to create an escape route for people accused of committing crimes? The answer to this question is in the negative. There is a principle of law that provides that it is better to free nine criminals than to convict one innocent person. The reason for this is not far-fetched. The courts are not quick to pass a sentence until it is thoroughly convinced of the guilt of an accused.

Most people often argue and blame lawyers anytime an accused is set free by the court. They see lawyers as people who connive with accused persons and the courts, to ensure that they do not get convicted and punished for their alleged crimes and atrocities. However, the fault does not lie with the lawyers and court alone. This is not saying that they do not have their own share of the blame.

Officers involved in the investigation and prosecution of offences usually do a tardy job at gathering evidence. Like every half-cooked food that doesn’t take long before it gets spoilt, the case is thrown out, and the accused person is discharged or discharged and acquitted.  Whose fault is it therefore, that an individual accused of committing an offence is left off the hook by the courts?

Investigators do a poor job evidence gathering. They make a mess of the whole case while prosecutors nail the coffin of poor investigation with a tardy prosecution. This creates an avenue for the defence counsel to puncture the evidence adduced by the prosecution and also create doubts in the mind of the court. Such doubts are usually exercised in favour of an accused.

The situation is not different with the trial of corruption cases. From the point of gathering evidence to the point of prosecution, something is usually missing; that is, thoroughness! Anti-corruption agencies prefer to rush to the media with the little evidence that they have gathered than to get more in order to establish a strong case against an accused.

We end up with a situation where an accused is tried in the media, convicted in the media and is freed by the courts because there are no cogent and strong evidence to ground a conviction. People who read these media reports, end up accusing the judiciary of conniving with the accused to set them free. Where investigation is thorough and strong enough to convict an accused, the courts have always done the needful. The cases of two former governors and a host of other convictions are glaring examples.

Recently, the Supreme Court in the case of Gabriel Daudu v The Federal Republic of Nigeria, had held that the burden of proof is on an accused who is living above his means. Anti-corruption agencies have been celebrating this judgment. This does not however, take away the duty imposed on the prosecution to prove its case beyond reasonable doubt. The prosecution must still do its homework in showing that the source of the accused’s wealth is illegal.

Suffice it to add that in prosecuting criminal cases, lawyers and judges have not kept faith with the provisions of the Administration of Criminal Justice Act and Laws. This contributes to the delay of cases; like the popular aphorism says, justice delayed is justice denied.

Lawyers and judges are stakeholders in the criminal justice system. They must at all times collaborate with the prosecuting agencies to ensure that justice is not in a case.

Another important point to note is that the Judiciary is conservative in nature. Little information about the judiciary is known by members of the public. This gives room for speculations on the activities of the judiciary. Opening up the justice space would not only enhance the participation of the citizens in the judicial process, it will also ensure their confidence in the judiciary.

Barr. Frank is the Legal Officer of TransparencIT. 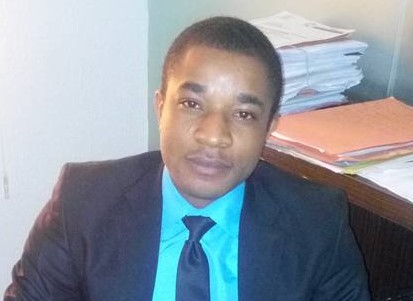